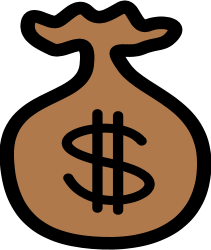 Sound useful? Well, it really is not as useful as you would think. You see, this is just a way for other equipment to control the Air Conditioner, but in a very rough way. At its best, it allows the energy consumption of the device to be limited to 0%, 25%, 50% or 75% of the maximum hourly value. If conditions are such that you are not using more than 75% of the maximum rated then consumption will not drop if that setting is chosen. Etc.

And in general, at least in our experience, Air Conditioners might have their fans operating constantly, but the compressors tend not to work as often. If they did, electricity bills from Air Conditioners would be even higher!

Redshift Wireless has a different way of doing Demand Response. What we do is change the thermostat settings in order to reduce the energy consumption. The thing is, this will almost certainly actually reduce energy consumption considerably, and often will not even be noticed by the people nearby.

On mine sites and in developing countries where generators are often used, Redshift Wireless and our Climate One product can be used to reduce energy consumption when generator power is being used, returning things to normal when the main supply is returned.