The Redshift Climate product is revolutionary. It allows you to control your companies Heating, Cooling and Ventilation without needing to upgrade to an expensive centralized system. It controls your existing hardware through IR, and gives your employees limited ability to control the temperature through their Smart Phones. No more will you have to worry about if the heating or cooling has been turned off at night – it can be done automatically for you.

The Early Release Redshift Climate Extreme Edition product from Redshift Wireless is being provided at a discount to allow us to further develop and test our systems. There are times that it may not work properly, and you need to use the remote control again.

The Early Release Redshift Climate hardware is not the product that we will be installing into most businesses. Rather than being wireless, it needs to be installed. This install involves plugging it into your network, power and also placing a small cable onto the IR sensor on your appliance. 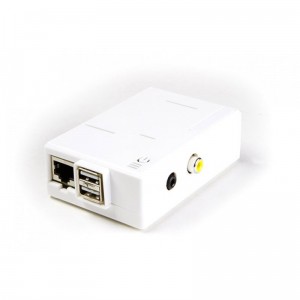 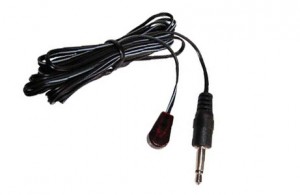 The product is designed to work with a wired IR LED, similar to what you would find on IR Extenders. The cable plugs into the Redshift Wireless Early Release box, and then attaches to the front of your Air Conditioner or heater. The box also needs to be supplied with power, through a plug pack or ‘wall wart’, although some other options do exist. Finally, the device needs to be connected to your network. This would normally be through a wired Ethernet connection, although we are also working on a wireless interface.

How does the Early Release product differ from the basic product?

The whole idea of the Extreme Edition is to meet a  distinct market segment. In our research we found that many people would rather have a device like this connected to a wired network, rather than a wireless network. Therefore  we were always wanting to release a wired product. But we also felt that in many situations, a wireless product with batteries that would last a long time would be what the majority of our customers would want.

The Extreme Edition product importantly requires the use of a wired power supply, and in most cases, wired Ethernet. This means that more physical infrastructure is needed, and installs will generally take longer. Also, because of the mounting, we felt that most people would want to use this device with a Stick On IR Emitter rather than a wall mounted LED elsewhere in the room.

Apart from these differences, the two products are basically identical